Posted at 14:51h in Uncategorized by Tom DeWeese

It was the event of the year…
The Freedom Action National Conference
At Valley Forge, Pennsylvania

“How TO” Workshops featuring:

How to use the new media, like the Internet, social networking and radio • How to disrupt professional facilitators and “Consensus meetings” • How to run an
effective election campaign – cheap! • How to organize a new tool called “Coordination” in your community to stop federal power – the same technique used to stop the Trans Texas Corridor.

It all lives again in this exciting DVD set! 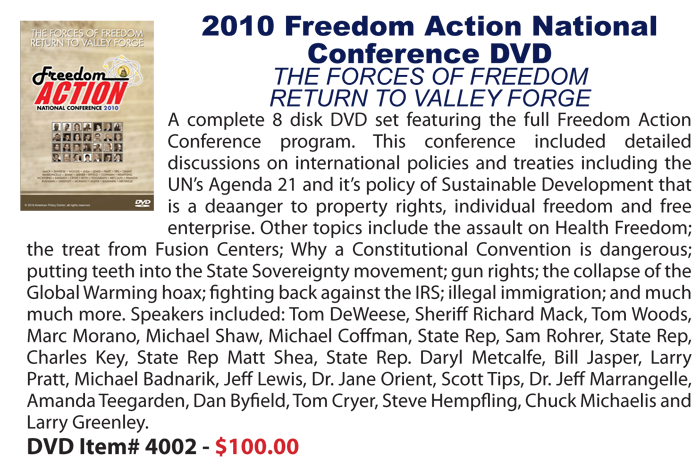 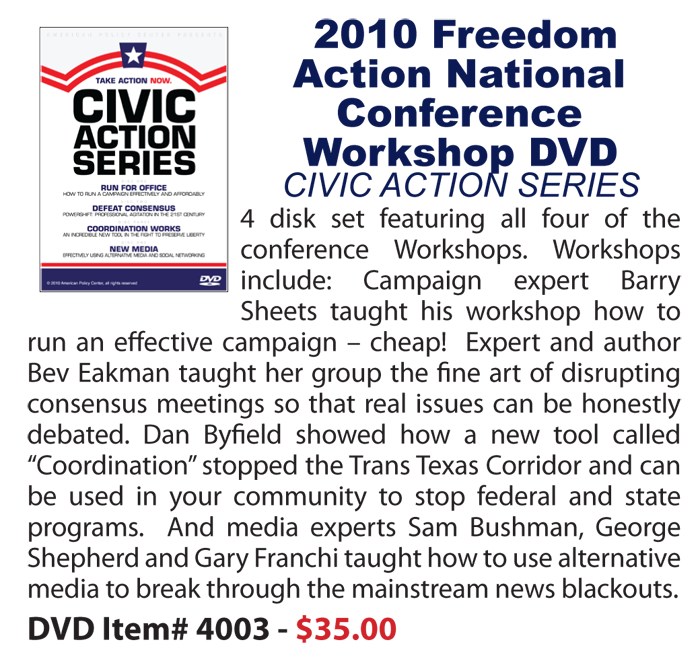 Get your DVDs Today!