25 May We are under attack from all sides now; the globalists expect to overwhelm us soon

Posted at 15:55h in More Issues by Kathleen Marquardt 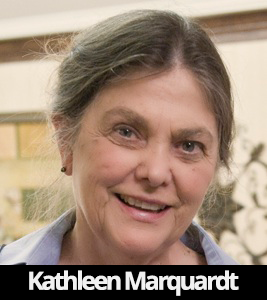 We are under attack from all sides now; the globalists expect to overwhelm us soon
by Kathleen Marquardt

I know it doesn’t seem like it but I limited the number of cites in this blog. I want you to understand that we are being bombarded; that those pushing Agenda21/2030 expect this to be the last salvo. There were a lot of other areas that I could have included (food, more education, the taking of private property by the Feds under guise of protecting land, and much, much more) but these give you what you need to know. From the use of the Panama Papers and the Smart Grid to destroy individuals’ privacy behind the smokescreen of “need to have all parameters studied for implementing sustainable development.”I added a short video of a prediction of all this made 58 years ago. Watch it and be astounded how correct the predictions are.

In its ongoing crusade to shackle the planet under the draconian UN vision, essentially an undisguised recipe for global socialism/fascism under the guise of “sustainable development,” the UN is demanding an “unprecedented” amount of data from every corner of the planet. Everything from the prevalence of UN indoctrination in schools to the subservience of national governments to the UN’s immigration demands will be tracked, measured, and analyzed as part of the “indicators” used to more effectively impose the UN’s sought-after transformation.

Attorney General Loretta Lynch’s speech to the United Nations on September 29, 2015, will go down in history as the tipping point of total globalist control over the streets and cities of the United States, and the end to a Republic form of government.

Yet, in Lynch’s speech she states, “… connecting those localities to one another – as the Strong Cities Network is doing – is not only a powerful way to lift up our communities worldwide.  It also sends a message about who we are and what we aspire to be – as an alliance of nations and as a global community.”

First, it should be noted that Strong Cities Network is NOT a government body at all, but rather a Non-Governmental Organization (NGO) with no connection to any government, or even the United Nations! They simply state that an International Steering Committee of officials from 25 cities around the world will “determine the strategic direction and thematic priorities of the Strong Cities Network.”

The bottom line here is that governments often acquire new powers to fight “crime” but then these same powers are turned on citizens themselves. With much less justification, they are used to erode freedom at home.

Hell, we can live with a little corruption abroad. What’s more worrisome are the broad, new powers that governments inevitably acquire as the result of confronting said “corruption.”

First, The EPA Came For The Navajo; Next, They’re Coming For Everyone

For most Americans, reducing carbon emissions is a sort of gauzy, feel-good aspiration. Reducing carbon is all fine and dandy until you realize your electric bill may go up 30 percent or more, food and water may become costlier, and jobs may be lost, all for a projected amount of planetary cooling that is well within the wide margins of error of climate models. Not to mention that these climate models have not even remotely tracked with real-world observations.

Further, there’s that nagging issue that carbon dioxide isn’t even a toxic pollutant and therefore ought not to concern the EPA. Rather, carbon dioxide is a plant fertilizer that we all aim to exhale for as long as we can on this blue-green orb we call home.

TN Note: Smart Grid continues to roll out around the nation and the world. Unfettered by lack of consumer demand and outright resistance in many areas, the Depart of Energy is resolute in completing the task that Obama started in 2009 with the initial grants to start pilot projects around the country. Smart Grid is a key requirement to establishing Technocracy in order to a) control all energy distribution and consumption and b) collect surveillance data on energy consumers.

Seizing on the media- and government-manufactured “Panama Papers” brouhaha, governments and globalist organizations announced a wave of new edicts and agreements last week in a plot to kill what remains of financial privacy rights and impose a radical global tax regime on humanity. The Obama administration, the United Nations, the World Bank, the International Monetary Fund, Socialist International, the European Union, and more are fully behind the effort. Of course, as this magazine has documented, those establishment forces, socialist groups, international organizations, tax-funded shills, and bloated governments have been pushing the same dangerous agenda for years without much success. Now they see their chance.

There have always been people who could see where the programs established by government lead – think Ayn Rand, Ludwig von Mises, Hayek  and many more – most of whom lived under oppressive regimes, but not all. Some can read the writing on the wall. Charlotte Iserbyt is one, Robert Welch another as seen in this old video.

Kathleen Marquardt has been an advocate for property rights and freedom for decades. While not intending to be an activist, she has become a leader and an avid supporter of constitutional rights, promoter of civility, sound science, and reason. She is dedicated to exposing the fallacies of the radical environmental and animal rights movements. She has been featured in national publications including Fortune, People, the Washington Post, and Field and Stream, as well as television news programs such as Hard Copy, The McLaughlin Group, Geraldo, and many others. Today, she serves as Vice President of American Policy Center. Kathleen now writes and speaks on Agenda21/2030, and its threat to our culture and our system of representative government.